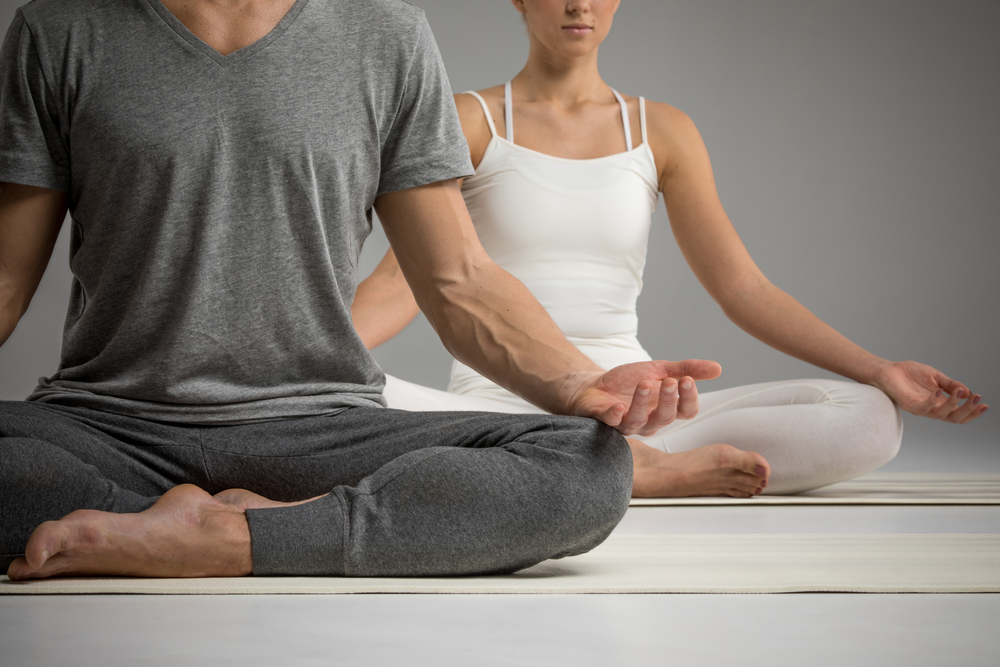 Sadly stress is an ubiquitous reality infiltrating even children’s lives. Some experience the effects mentally — suffering symptoms of anxiety, sleepless nights, mulling over past events, or anticipating with worry things that may never happen. Others may feel the symptoms physically, while not immediately associating these with stress. Manifestations can include stomach cramps, stiff muscles, headaches, low energy, indigestion, memory loss, and weight gain.

Whichever camp you fall into, it is now universally accepted that stress contributes to a wide array of health problems and that we need to find ways to manage it. By now most of us have heard of the ‘fight or flight’ response, the mechanism designed to get us up and running in the event of an emergency. This mechanism is wonderfully complex involving a sequence of hormonal messages that increase our heartbeat and breathing to supply our muscles with blood and oxygen for the necessary surge of energy. Our pupils dilate to allow extra light into the eyes so that we can become extra aware of our surroundings. Systems not immediately necessary — such as the digestive system and the reproductive system – are slowed down while the body concentrates efforts elsewhere. Our flight or flight response mechanism – known and the sympathetic nervous system can negatively impact our health if it were to remain switched ‘on’ most of the time.

Much like yoga, meditation has become a globally-accepted tool for managing not only day-to-day stress but also more serious conditions such as addiction, depression and anxiety. It also presents as a psychological tool for pain management (Azam, 2019). There are many types of meditation, but broadly speaking these fall into two categories: Mantra-based meditations and Mindfulness meditations. Mantra-based meditations such as Transcendental Meditation are very popular. Numerous scientific studies have shown positive effects on the brain. As for Mindfulness, apps like Calm and Headspace, which have been downloaded 11 million times, have also been reported to have positive outcomes.

There are a number of mantra-based meditations. Many are derived from ancient Vedic Sanskrit rituals, some as old as 3000 years. It is interesting to note the similarity of chants in the other religious practices of Buddhism, Zoroastrianism and Christianity. Practitioners believe these to have spiritual and/or psychological powers. Some mantras are spoken out loud whilst others are repeated silently. Some have one syllable such as ‘Om’ whilst others are lengthier with more melodic tones while still having no specific meaning. The intention is to allow the mind to simply focus on the sound itself, avoiding distraction by any word associations.

Om-chanting has been found to release the brain chemicals dopamine, oxytocin, endorphins and serotonin, all of which have positive effects in reducing anxiety.   Om-chanting calms the fight or flight response, enforcing regular breathing and allowing the body to resume normal processes of digestion and reproduction. Interestingly, Om-chanting appears to de-sensitise the amygdala; the part of the brain that regulates our reactions to stressors such as anger and irritation.

Transcendental Meditation (TM) is the silent repetition of a mantra. It was made popular in the West by The Beatles who were pupils of the Maharishi Mahesh Yogi, an Indian guru. TM has been found to help in the treatment of anxiety, insomnia and fatigue. It has been shown to enhance job performance and to increase job satisfaction. Studies have demonstrated some remarkable results associated with TM. Long-term practitioners experienced a 50% reduction in pain response. There is a desensitising of the thalamus and medial occipital lobe, both implicated in pain. It is thought that TM can be responsible for the reduction of (adverse) sensory processing. Studies conducted on incarcerated women, who had a high incidence of trauma, reported significant reductions in stress as well as a reduction in the levels of the stress hormone cortisol.

Mindfulness meditation is not a religiously-based practice. It involves the discipline of observing thoughts and emotions in the present while avoiding conscious judgment. The practice involves being fully present in the current moment and merely observing thoughts that come into the mind. Only a few people can actually quieten the mind completely. To many this idea represents a seemingly impossible task. However, most of us are able to ‘watch our thoughts’ and see pictures in our mind’s eye. With practice, however, one can do so from, as it were, a distance and without getting attached emotionally. This is Mindfulness.

Mindfulness can be practised on your own or done with the help of apps.   The more often your practice, the easier it becomes. Emerging evidence suggests long-term use of some apps alters base mood positively. Evidence suggests the skill may help modulate one’s response to negative events, lessening sensitivity to painful experiences (Fassbinder).   Heart rate is a measure used to evaluate a variety of stress-related disorders including PTSD. Even brief engagement in mindfulness meditation has shown to improve this measure. Furthermore, a study also found improvements in overcoming insomnia for the sleep-deprived, and reduction of cravings for those who abuse substances.

Although more research needs to be done to clarify the nuanced differences between mantra-based meditations and mindfulness meditations, it is clear that they both can have enormous benefits for stress-related symptoms. Why not experiment with the different types until you find one that suits you and then practice this as often as time will allow?

Lifestyle medicine is an integral part of any nutritional programme.  We have to look at how we move and breathe as well as what we put into our bodies.

Meditation is a big part of our retreats and we use both mantra-based meditations and Yoga Nidra, a deeply relaxing guided meditation. For more information on places remaining on our current retreats, check the website link below.